According to legend God got angry with the Baobab tree, some say because the tree continued walking even after God planted it. So God pulled it up and threw it back into the ground again upside down. Indeed, this magical looking African tree does look like it grows upside down, with a thick stem topped by naked and twisted root-looking branches.

You rarely see it with leaves or flowers. My first time was on a visit to Botswana last year, when I also got to see the baobab fruit for the first time. It’s podlike, full of little seeds covered in a dusty flour. In Botswana people collect the dry fruits, soak the seeds in milk and then let the milk sour to a kind of yoghurt milkshake called mowana yoghurt.

The pale-coloured flour-like substance of the fruit tastes a bit tart or tangy. I found a packet of organic baobab fruit powder at the health shop, marketed as an African superfruit with claims that it is exceptionally rich in antioxidants and alkalising minerals. I have no idea if this is actually true, but it feels quite novel to eat of the fruit from this beautiful tree.

According to ”Mma Ramotswe’s Cookbook”, inspired by Alexander McCall Smith’s famous literary lady detective in Botswana (Polygon, 2009), you will be eaten by a lion if you pick one of the snow-white flowers of the baobab that come out at night. On the other hand, drinking the water in which the seeds have soaked will protect against crocodile attack.

Rather than make a milkshake I decided to try to make some baobab ice cream. I started out with a standard recipe for vanilla ice cream from a beautiful Swedish cook book by Elisabeth Johansson called Glass (Ice Cream, Natur & Kultur 2012), and just added 4 Tablespoons of dry baobab fruit powder to the mixture before freezing.

I’m not completely happy with the result. I think the basic ice cream recipe I used might be a little too rich to really allow for the subtle baobab taste to come through. Rather than just add more baobab to the mixture to add to the taste, I think I will try to make it a baobab yoghurt ice cream next time. Maybe the yoghurt will bring out more of the baobab taste?

I just found this great African proverb about the Baobab also: ”Knowledge is like a baobab tree – no one person can embrace it.”

Combine milk and cream in a pot. Split the vanilla pod in half and scrape out the seeds into the mixture. Bring to the boil, then pull off the heat to rest.

Pour all of it back into the pot and heat to 85 C. It must not boil (trust me, I tried this by mistake – it comes out very eggy). Add the baobab fruit powder and stir until dissolved.

Pour the mixture in a bowl and cool down, for example by putting it into a bigger bowl filled with ice and water. Pour into a container suitable for freezing. 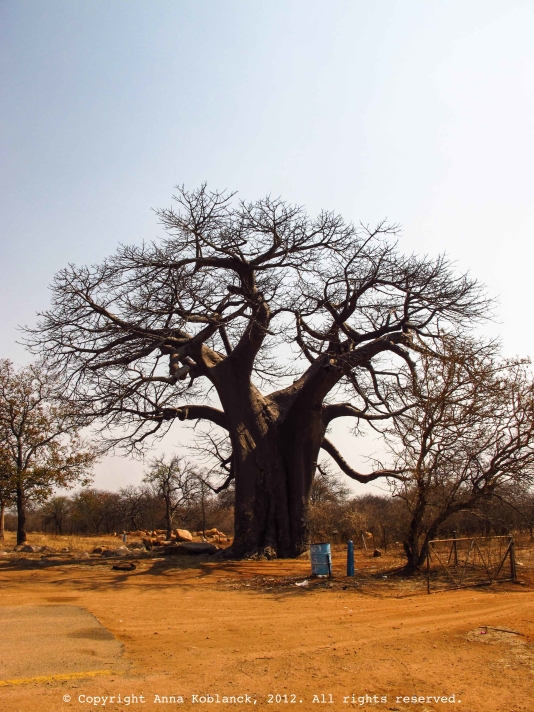